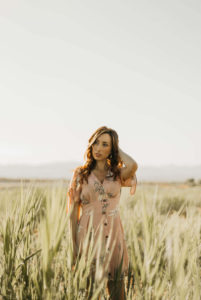 Although no one is ever fully prepared for the responsibility of parenthood, becoming pregnant when you weren’t planning to be can be extremely stressful and frightening. An unplanned pregnancy is never easy. As a solution, you may be considering abortion. You may be wondering if Ohio Medicaid will pay for the abortion pill.

The abortion pill is one of the methods used by abortion providers to terminate a pregnancy. It’s also known as a medical abortion, RU-486, or self-managed. You need to know how long you’ve been pregnant to determine what abortion method can be used.

The abortion pill method can only be used up until the 10th week. A woman is required to have an in-clinic, or surgical, abortion if she’s between 10 and 20 weeks pregnant.

By law, providers are not allowed to perform abortions in Ohio past 20 weeks expect for in cases of “life endangerment or severely compromised health”.

Ohio law requires a patient to have a consultation at least 24 hours before any abortion procedure, including the abortion pill. During the consultation, it is required that the patient is informed about the procedures, risks, and alternatives to abortion.

In addition, it is required to determine whether the unborn has a detectable heartbeat and to estimate the probable age of the fetus which requires an ultrasound.

The pregnant woman must sign a consent form prior to an abortion. If a person is 17 or younger, Ohio law requires the consent of a parent or other authorized adult before getting an abortion. If the teenager doesn’t feel she can get the needed permission, she can petition the court for a waiver.

There are a number of Ohio Medicaid health care plans, including CareSource, Buckeye Health Plan, Molina Healthcare, and others. None of them or any other form of public funding pays for abortions except in the case of reported rape, incest or to save the life of the mother.

In addition, health plans offered in the state’s health exchange under the Affordable Care Act can only cover abortion in cases of life endangerment, or in cases of rape or incest.

If you’re facing an unexpected pregnancy and don’t know where to turn, we invite you to visit Ivy Women’s Center. Our staff provides confidential consultations, pregnancy testing and ultrasounds free of charge.